LYC members Zech and Alek got a memorable taste of life on stage recently when they were chosen to be part of English Touring Opera’s performances of Handel’s opera ‘Amadigi’ at the Hackney Empire. The role included some challenging singing… and climbing!

First performed in London in 1715, Handel’s opera ‘Amadigi’ tells the complicated story of Amadigi, Dardano, Oriana and Melissa, who are all either in love – or not in love – with each other. To make things even more complicated, Melissa is a sorceress with the power to change people’s appearance.

Things spiral increasingly out of control until a fifth character, Orgando, appears to order Amadigi and Oriana to get married and everyone else to pack it in. (Everyone else is dead by this point, but their ghosts are threatening to continue the mischief.)

Happily for the audience, this puzzling plot is accompanied throughout by Handel’s dazzling score, with the twists and turns described in a fast-changing sequence of entertaining arias.

For their 2021 production of ‘Amadigi’, English Touring Opera decided to cast boy trebles for the role of Orgando, with different boys auditioned to take part at each touring venue around the country.

50 boys from London submitted recordings for the chance to be part of the London shows at Hackney Empire, and LYC Junior Boys’ Choir members Zech and Alex were selected by ETO’s panel.

“We were delighted to have Zech and Alek sing the role of Orgando in Amadigi with us at the Hackney Empire.  They both have strong, vibrant voices that are full of character, and perfect for the role.  They both brought something different to the character: Zech with his easy poise and warm voice, and Alek with his big smile and bright tone.

For the performances they were required to learn two sections of solo music and the final chorus that they sang with the other principals.

The first part of the staging was quite challenging as they appeared in an ‘eye’ at the back of the stage. They had to climb up a set of stairs backstage and were in position for five minutes before their ‘reveal’ – with stage management on hand at all times! Having made their appearance their voices needed to be strong enough to carry out into the large auditorium and they both did a brilliant job.

Engaging with different local young artists in each venue is really important to us so having Zech and Alek as members of London Youth Choirs perform with us in London was absolutely fantastic. We hope that they both enjoyed the experience and take it forward with them in their musical lives.”

English Touring Opera’s production of Handel’s ‘Amadigi’ is on tour until 17 November. Click here for further information about shows, cast and tickets.

Alek in the role of Orgando (Image: Richard Hubert Smith) 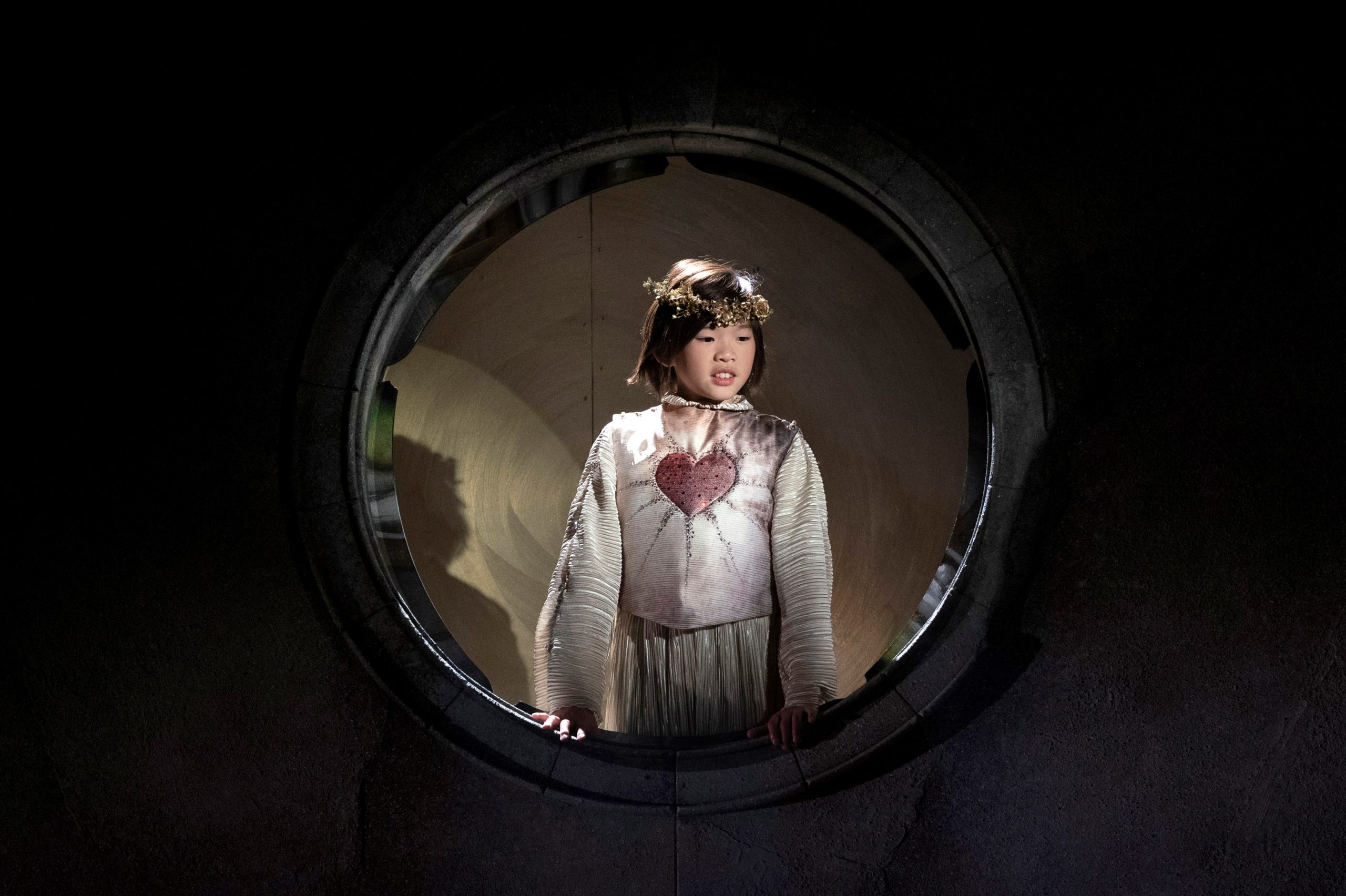 Zech in the role of Orgando (Image: Richard Hubert Smith)

Watch the trailer for ETO’s ‘Amadigi’ production – make sure to keep watching all the way to the end for a glimpse of Zech!