BACK IN MARCH 2020, LYC JUNIOR GIRLS’ CHOIR MEMBER HEBE WAS CHOSEN TO SING VOCALS FOR A NEW FILM WITH HOLLYWOOD STARS ADAM DRIVER AND MARION COTILLARD.

Titled “Annette”, the film received its premiere at the Cannes Film Festival in July 2021. Described by the BBC as a “bizarre rock opera”, the film stars Driver (Star Wars) and Cotillard (La Vie En Rose) as the parents of a wooden girl (yes) called Annette who suddenly discovers her singing voice.

While the film might not be to everyone’s tastes we can guarantee that you’ll love the sound of Annette’s singing voice, which is provided by LYC’s Hebe Griffiths who recorded her lines at London’s world-famous Air Studios in March 2020, just before Covid hit.

We asked Hebe to tell us a little about the experience.

How were you selected and what happened next?

Hebe: I had to send a recording to the producers as an audition, then they wrote back to us and asked me to send a bit more! They were also listening to other children in the UK and in France. Once they had chosen me I had about two weeks to learn the music I think.

Being in the studio was not at all how I’d imagined it would be! I thought I would be in a very small room to record but the room was massive and there were so many microphones on me. I was conducted in the studio by Ben Parry. He was really nice and helped me to sing it in the right way. When I went into the control room there were so many buttons! All the producers and the director were really kind to me.

Have you heard the soundtrack yet?

I have seen the trailer and heard some of the soundtrack. It’s pretty cool to hear myself singing though sometimes when I think about it, it’s a bit weird too! I can hear that it’s me but it sounds different to how I usually sing.

What’s your favourite film soundtrack or song (apart from ‘Annette’, of course!)?

I really like the Harry Potter and Mary Poppins Returns soundtracks. And I’m looking forward to the Boss Baby 2 film coming out in the autumn – I did some singing on that too through LYC and can’t wait to hear it! 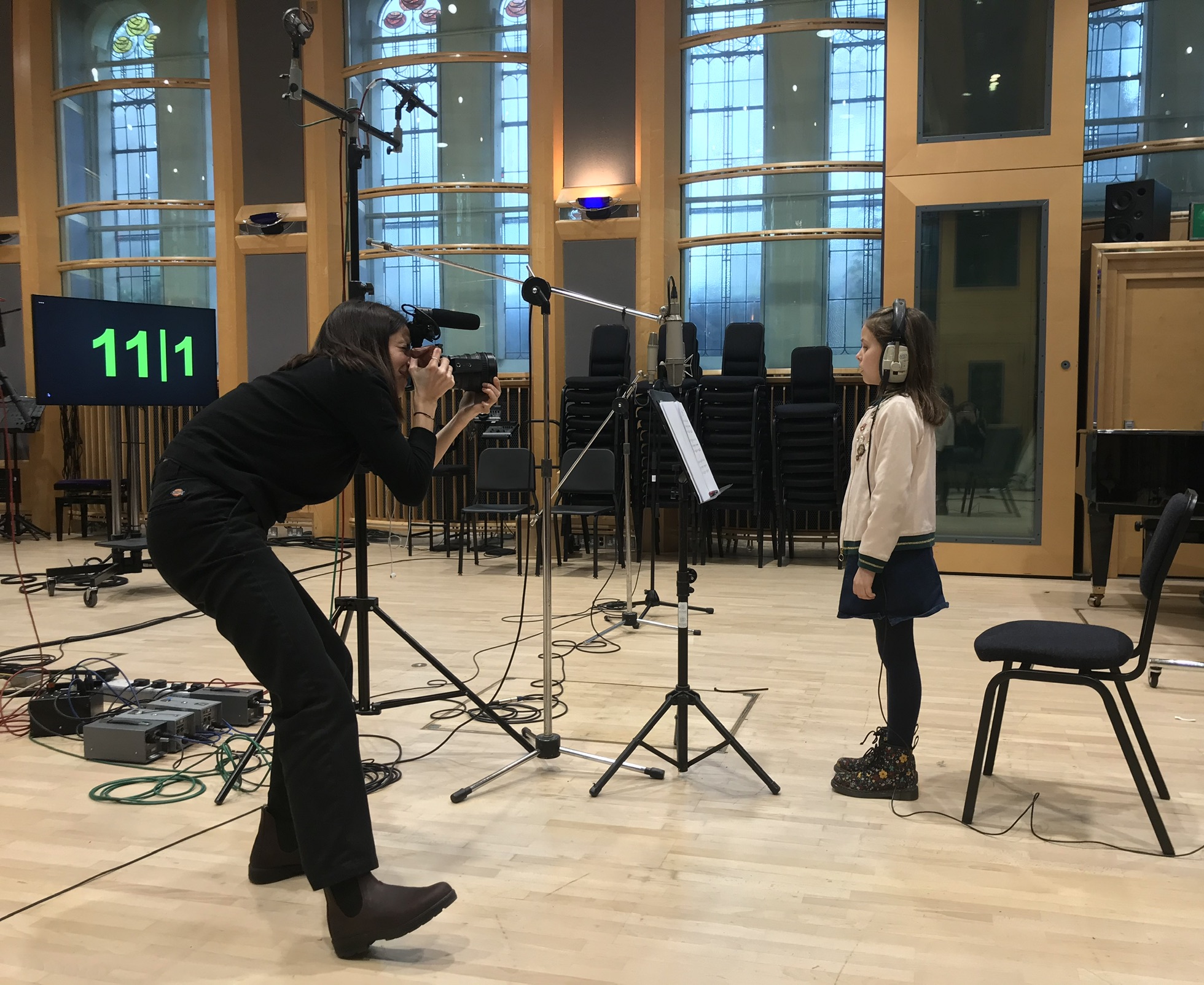 Listen to Hebe singing as the voice of Annette alongside Adam Driver in “We’ve Washed Ashore” from the ‘Annette’ soundtrack.