We are indebted to our Honorary Patrons for their generous support to LYC. Their advocacy and encouragement underpins our work and enables us to create more wonderful experiences for the young people of London. 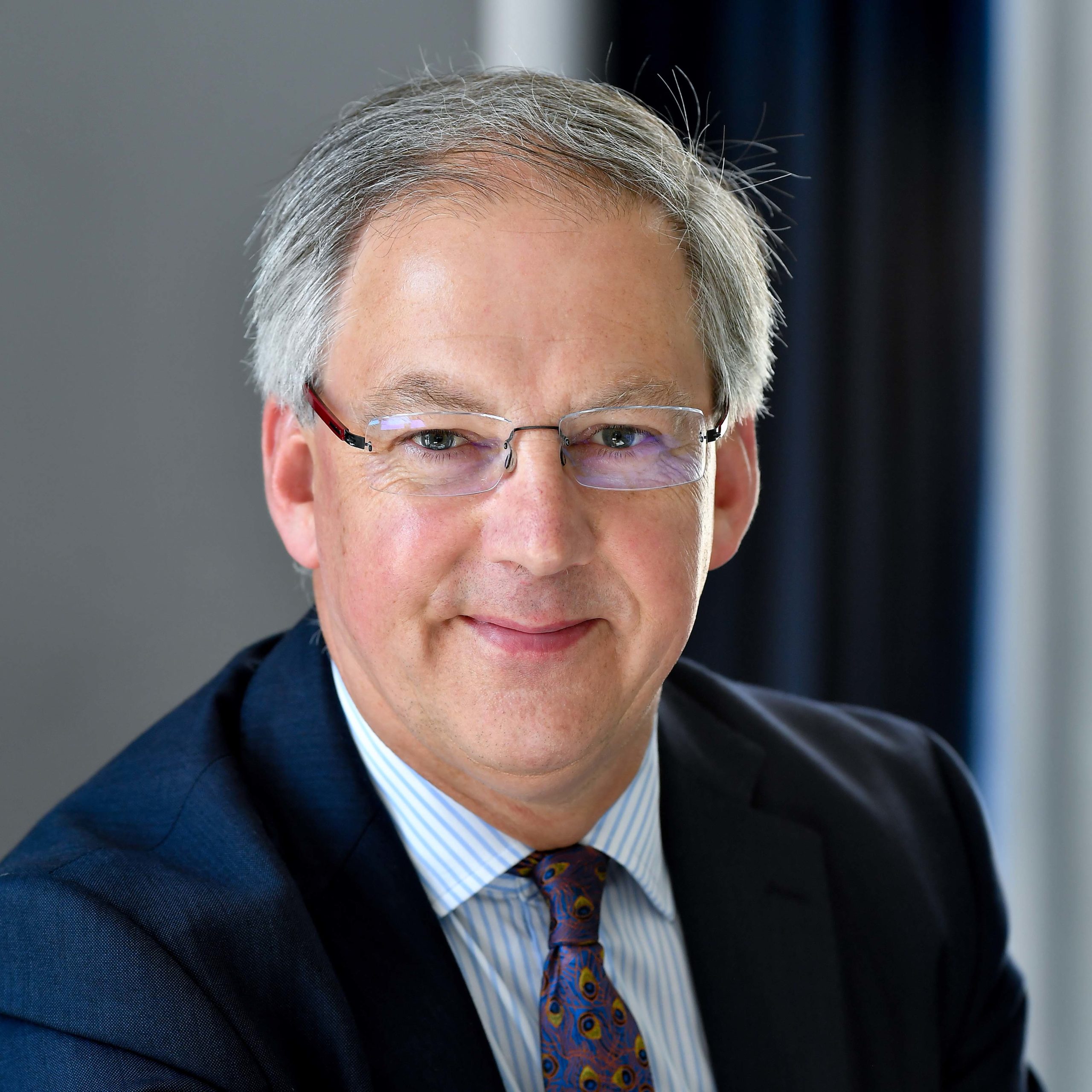 Jonathan Freeman-Attwood is the 14th Principal of the Royal Academy of Music and was appointed in 2008. Alongside his commitment to education, he is also a recording producer, freelance trumpet player, writer and broadcaster, and was conferred a Professor of the University of London in 2001.

Educated at the Universities of Toronto and Oxford, Jonathan Freeman-Attwood has for over a quarter of a century held senior posts at the Academy, launching pioneering programmes, and major international relationships – including a twenty-year collaboration with the Academy’s sister-conservatoire in the USA, The Juilliard School, and founding Academy recording label (now with 30 titles to its name) to introduce talented young artists to the creative challenges of the studio.

As a trumpet soloist Jonathan Freeman-Attwood has released 10 solo albums, the majority with Linn Records. They include ‘Trumpet Masque’ which won High Fidelity’s Recording of the Year and most recently ‘Richard Strauss and the Viennese Trumpet’ which was described by The Times as ‘Quirky, fascinating and ear-ticklingly imaginative’. He has produced over 250 commercial discs for many of the world’s most prestigious independent labels including Naxos, BIS, Chandos, Hyperion and Harmonia Mundi. His productions have won major awards, including several Gramophone’s ‘Record of the Year’ in 2010. As educator, scholar and broadcaster, he continues to be active as a lecturer, critic, and contributor to journals and BBC Radio 3, most often in his capacity as an established authority on Bach interpretation.

He served as a Trustee of the University of London from 2010 to 2016 and is currently a Trustee of Garsington Opera, Christ Church Cathedral Oxford Music, The Young Classical Artists’ Trust (YCAT), The British Library SAGA Trust, the Associated Board of the Royal Schools of Music (ABRSM) and the Countess of Munster Trust. He is a Fellow of King’s College London in 2009 (where he is a Visiting Professor), the Royal Northern College of Music in 2013 and the Royal College of Music in 2017. In 2019 he was appointed an Honorary Professor of the Tokyo University of Arts, Geidai.

He was appointed CBE in the New Year’s Honours List in 2018. 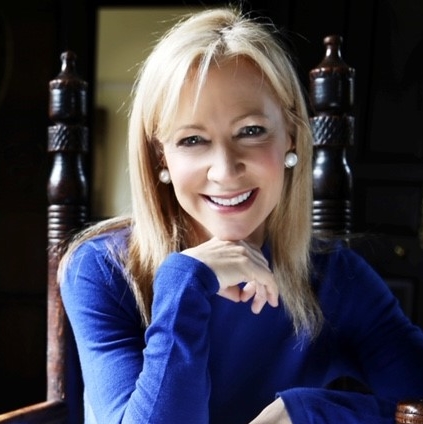 Suzi Digby was born Japan and lived in Hong Kong, Mexico and the Philippines before settling in the UK. She is a leading choral conductor and music educator and has promoted the revival of singing in the schools and communities in the UK. In 2016 she founded ORA Singers (Best Ensemble 2019 Opus Klassik Awards).

She also founded the following UK national organisations: The Voices Foundation, a leading Primary Music charity; Vocal Futures, which nurtures young audiences for classical music; and with Rachel Staunton co-founded London Youth Choirs, which comprises drawing singers aged 7-23 from across London's boroughs and communities. She is Visiting Professor of Choral Studies at the University of Southern California (Los Angeles) and in 2014 launched the professional vocal consort, The Golden Bridge, in California. She has conducted, annually, 2,000 voices in the Royal Albert Hall, London, in a scratch Youth Messiah. She has also conducted many leading ensembles, including the BBC Symphony Orchestra, the London Mozart Players, The English Concert and the Orchestra of the Age of Enlightenment. She is the official choral conductor for The Rolling Stones and she regularly adjudicates choral competitions and gives workshops and lectures around the world. She was Acting Music Director of Queens’ College, Cambridge, where she founded and now runs the Queens’ Choral Conducting Programme. She teaches MMus Choral Conducting at the University of Cambridge, and is a visiting professor in Choral Studies at the University of Southern California. Suzi is one of the UK’s most prolific commissioners of new choral music. In 2007 she was appointed OBE by the Queen for services to Music Education. She holds an honorary D Mus from the University of Aberdeen. 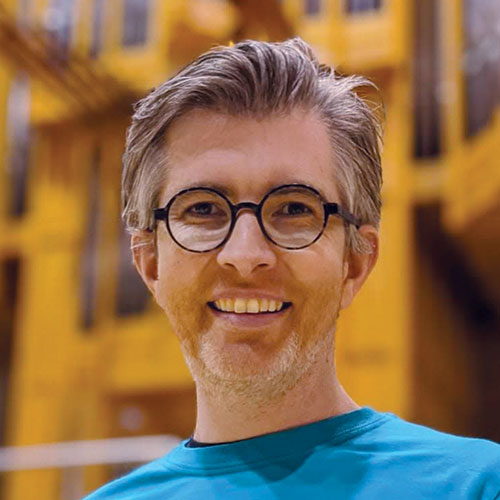 Gareth Malone is well-known in the UK and around the world as a Broadcaster; Composer and Choral Animateur. He has won two BAFTAS for his BBC Two series The Choir, which means that Gareth has been making programmes for the BBC for over 14 years.

Other achievements include working as an artistic director for a Royal Opera House community opera, working with orchestra and opera education departments including the LSO, Philharmonia, Glyndebourne and ENO Baylis.

Gareth has had two number one singles in the UK, the first in 2011 with the Military Wives Choir, followed by the Gareth Malone All Star Choir for Children in Need 3 years later. His 2014 series The Big Performance 3 won the Royal Television Society award for best children’s television and Gareth Goes to Glyndebourne won an International Emmy in 2011. In 2012 he was honoured with an OBE by Her Majesty the Queen for services to music.

Gareth continues to compose with young people and to work with emerging artists. He has recorded with some of the leading performers in the UK and has just released his third album Music for Healing, and his first songbook for schools, Bright Star. 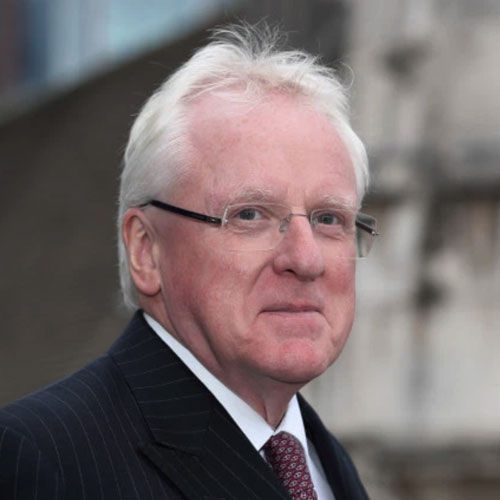 Sir Andrew Parmley was appointed Knight Bachelor in the 2018 New Years Honours for services to Music, Education and Civic Engagement. As Principal of the Harrodian School in Barnes, he has a long association with music and education, winning a scholarship to the Royal Academy of Music at the age of 18 and subsequently studying at Manchester, Royal Holloway and Jesus College, Cambridge.

He is former Director of Music at Forest School, near Snaresbrook, South Hampstead High School and Grey Coat Hospital in Westminster.

Sir Andrew became an Alderman in 2001 and is a Past Master of three Worshipful Companies of Musicians (his Mother Company), Parish Clerks and Glass-Sellers of London.Â Sir Andrew became the 689th Lord Mayor of London, taking office in 2016/17. 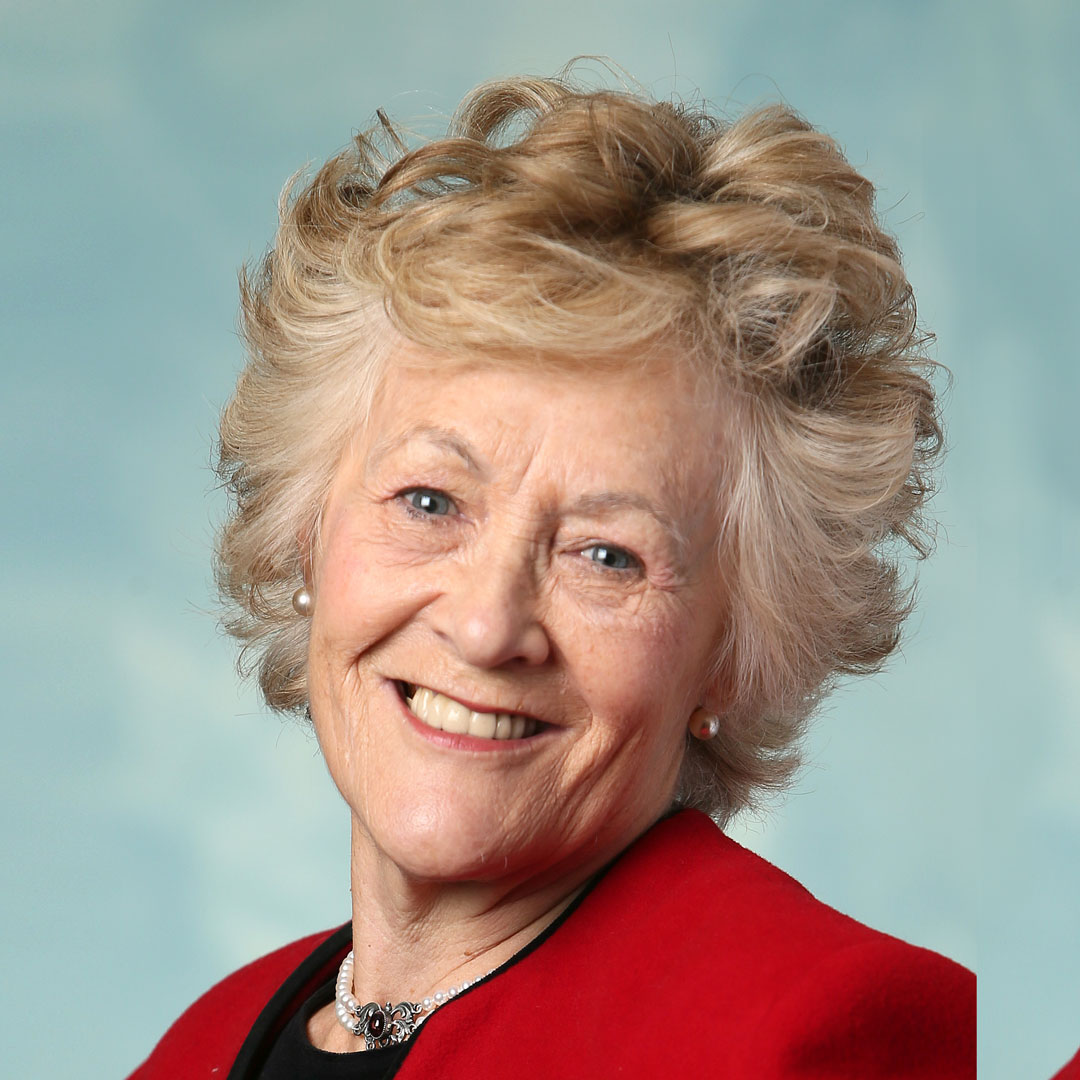 Chancellor of Middlesex University, Dame Janet Ritterman has throughout her career been closely involved in encouraging young people to experience the enjoyment that making music can offer. From her own schooldays onwards, singing in choirs and small vocal ensembles, accompanying choirs and later conducting and training youth choirs have helped to enrich her own musical life. This link with the London Youth Choir as a Patron is therefore a particular joy.

Born in Australia, Dame Janet graduated as an award-winning pianist from the NSW State Conservatorium of Music, before moving to London to further her studies. In the UK, much of Dame Janet’s career has been in higher education. She taught at Middlesex Polytechnic, and later at Goldsmiths (University of London), where she helped to design the first UK Masters course in music performance and led an innovative teacher education programme for music. She was then appointed Head of Music and later as Principal at Dartington College of Arts in Devon where she served as Chair of the Dartington International Summer School. Committed throughout her career to strengthening links between education in the creative arts and the creative industries, she has been extensively involved in devising and assessing cross-arts, community-based activities and outreach work, initially in association with organisations such as the London Sinfonietta and English National Opera’s Baylis Programme.

Director of the Royal College of Music in London between 1993 and 2005 and now a Vice-President of the College, she is a Trustee of The Countess of Munster Musical Trust, which annually auditions and awards grants to musicians for advanced study, and of several professional ensembles, among them the European Union Chamber Orchestra and the Belcea String Quartet. She received a damehood in 2002 for services to music and now lives in the West Country. 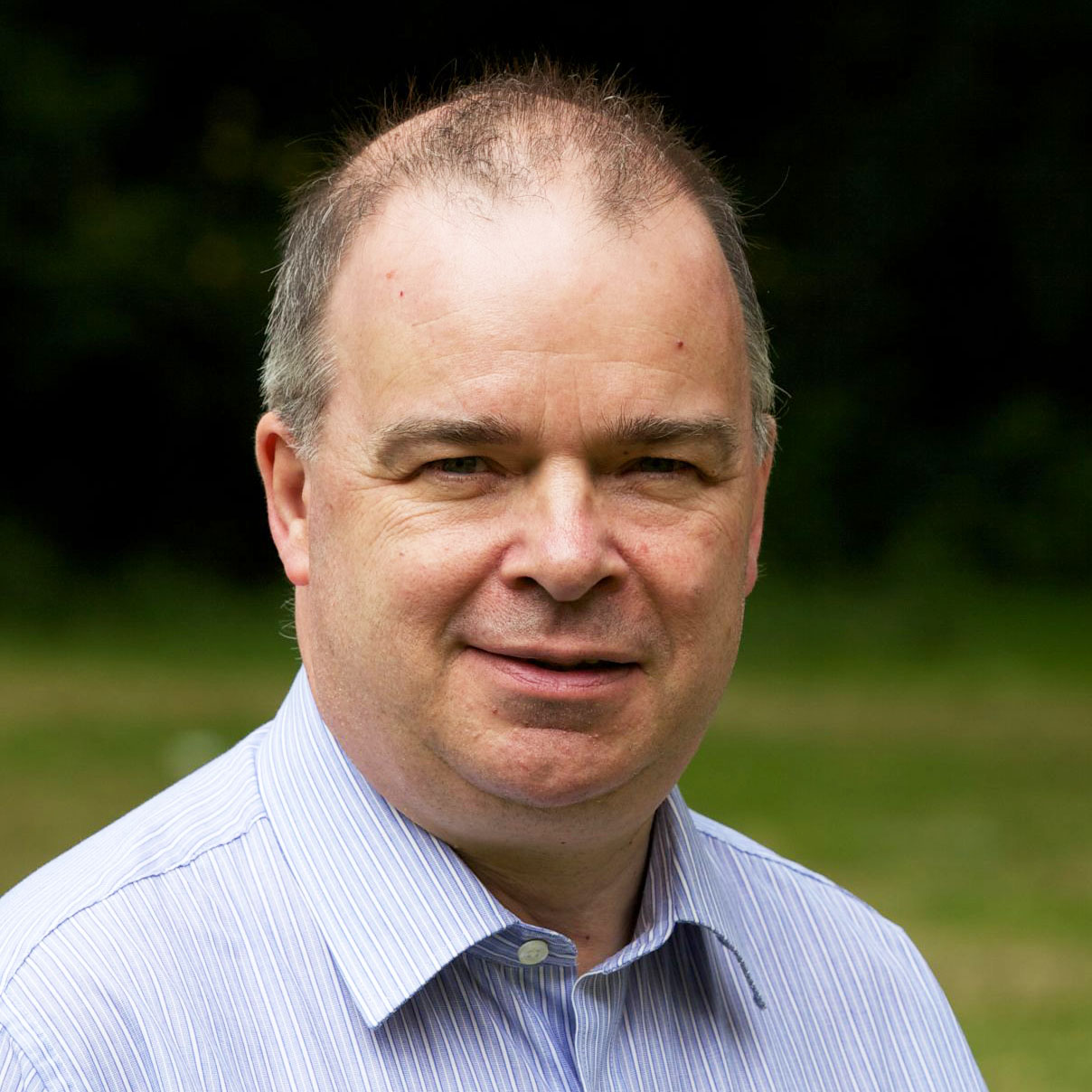 Patrick Russill is one of the leading figures in English choral and church music, as performer, teacher, and scholar of wide sympathies.  As Head of Choral Conducting at the Royal Academy of Music, he founded the UK’s first specialist postgraduate choral conducting course in 1997, and since then has been a key figure in the development of a generation of young choral conductors.

Since 1999 Patrick has been Director of Music of the London Oratory, whose professional choir is recognised as one of the world’s leading choirs in the Catholic tradition.  In addition, he is Visiting Professor of Choral Conducting at the Leipzig Hochschule für Musik und Theater and was Chief Examiner of the Royal College of Organists 2005-17.  He has also been a guest professor in conservatoires in Helsinki, Stockholm, Berlin, Düsseldorf and Strasbourg.  In 2015 he was honoured by the Association of British Choral Directors with its annual ‘Chair’s Award for Choral Leadership’, in recognition of his outstanding contribution to the development of choral conducting conservatoire training in the UK. 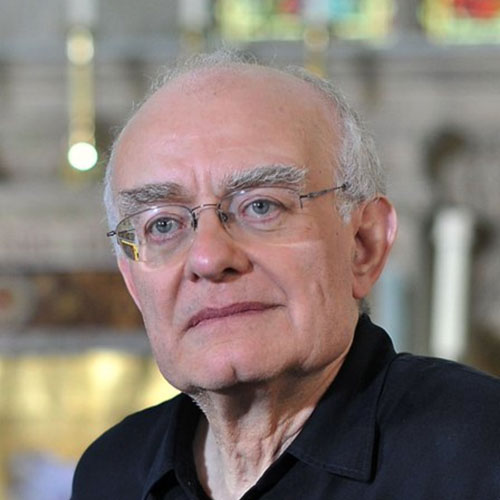 John Rutter was born in London and studied music at Clare College, Cambridge. He first came to notice as a composer during his student years; much of his early work consisted of church music and other choral pieces including Christmas carols. From 1975-79 he was Director of Music at his alma mater, Clare College, and directed the college chapel choir in various recordings and broadcasts.

Since 1979 he has divided his time between composition and conducting. Today his compositions, including such concert-length works as Requiem, Magnificat, Mass of the Children, The Gift of Life, and Visions are performed around the world. His music has featured in a number of British royal occasions, including the two most recent royal weddings. He edits the Oxford Choral Classics series, and, with Sir David Willcocks, co-edited four volumes of Carols for Choirs. In 1983 he formed his own choir the Cambridge Singers, with whom he has made numerous recordings, and he appears regularly in several countries as guest conductor and choral ambassador. He holds a Lambeth Doctorate in Music, and in 2007 was awarded a CBE for services to music.